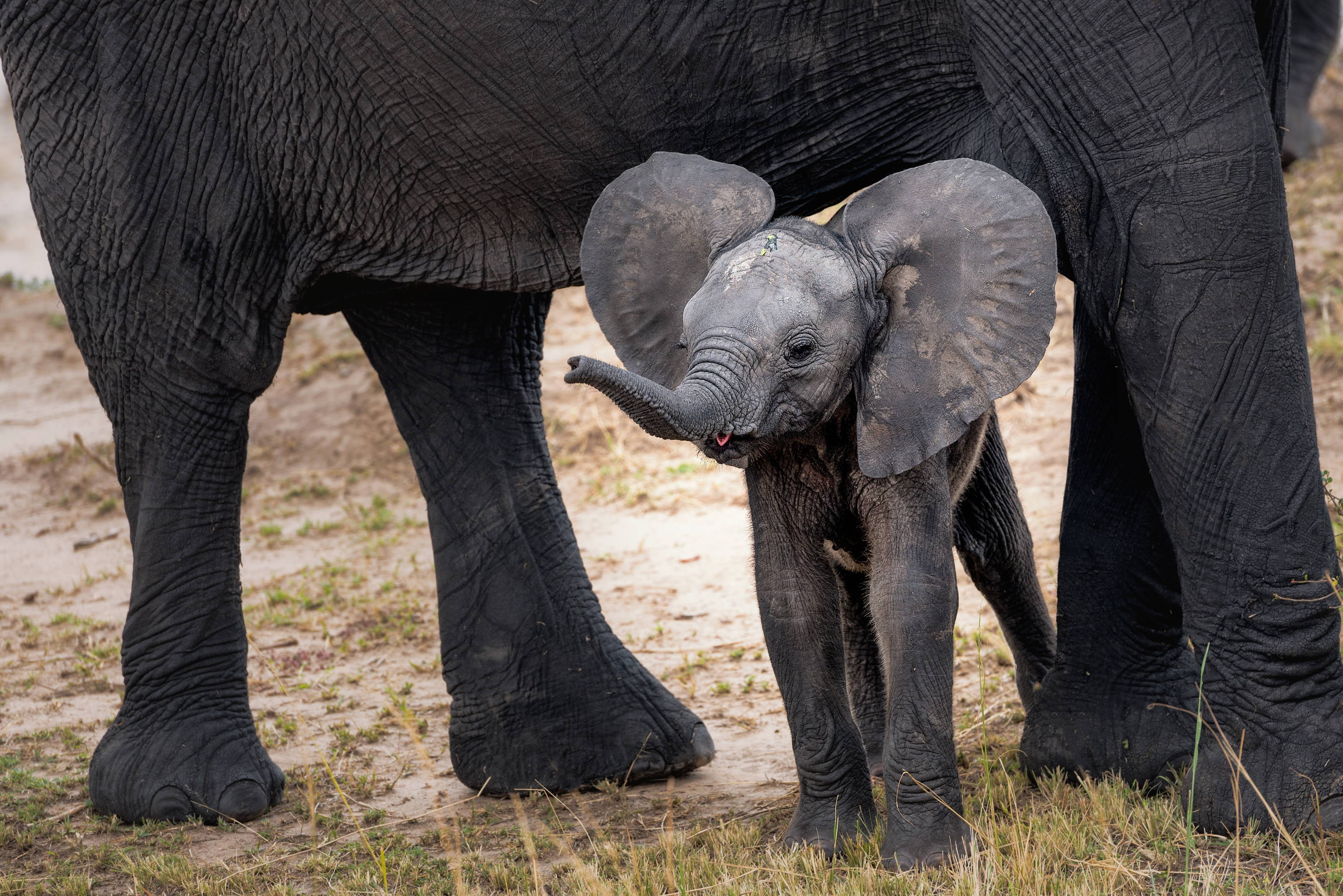 Some mammals leave their babies in hidden places. Other mammalian young, like sheep, are physically developed enough to follow their mothers by themselves right after birth. Don't forget our feathered friends. Quack quack. Our babies don’t fit either bill.

Human infants are born far from knowing how to walk and are not meant to be left in nests. Human infants evolved to expect closeness, their survival depends on it.

Luckily their flexed little bodies are adapted to being carried. 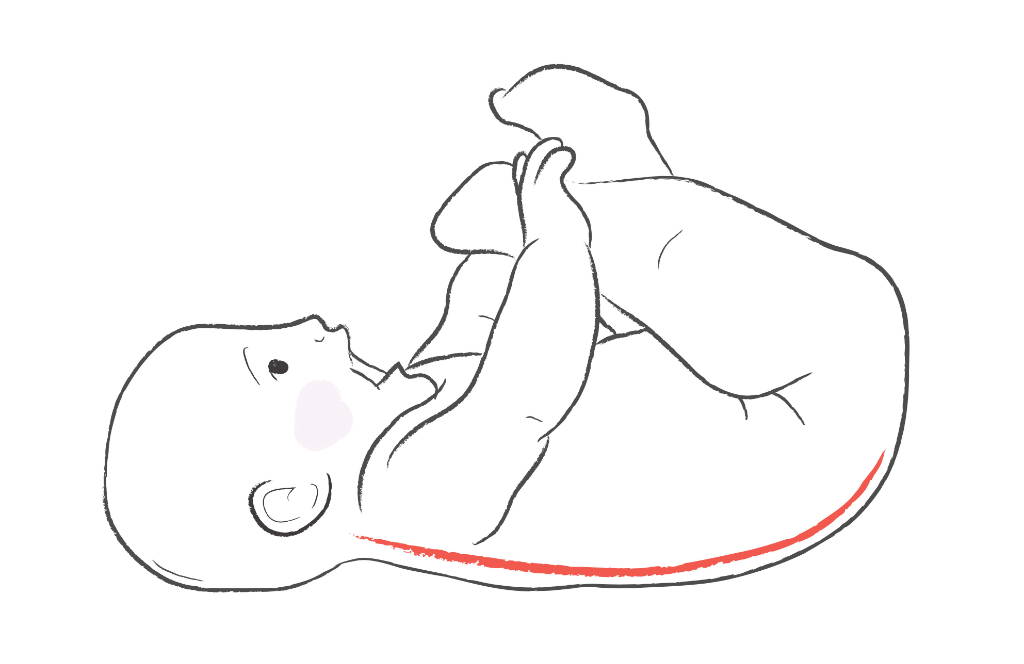 While a walking toddler’s spine is “s-shaped”, a newborn spine is “c-shaped” so their thighs naturally pull up in the front of their little bodies. When a newborn lies on his back, if he is in good health and has good muscle tone his thighs rise right up toward his chest. Actually, newborns have a pretty hard time flattening out their bodies and straightening their legs to to the surface under them 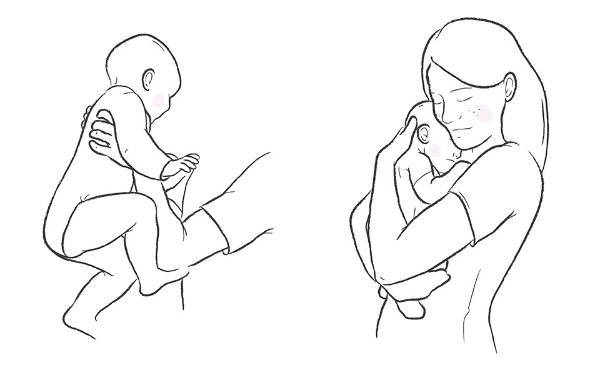 When you pick up a healthy newborn, the same thing happens, his thighs pull up toward his chest and he assumes a flexed widespread position.

The shape of a newborn spine could never support walking but on the other hand spending most of his day flat on his back with his naturally curved spine flattened out is not what nature intended either. 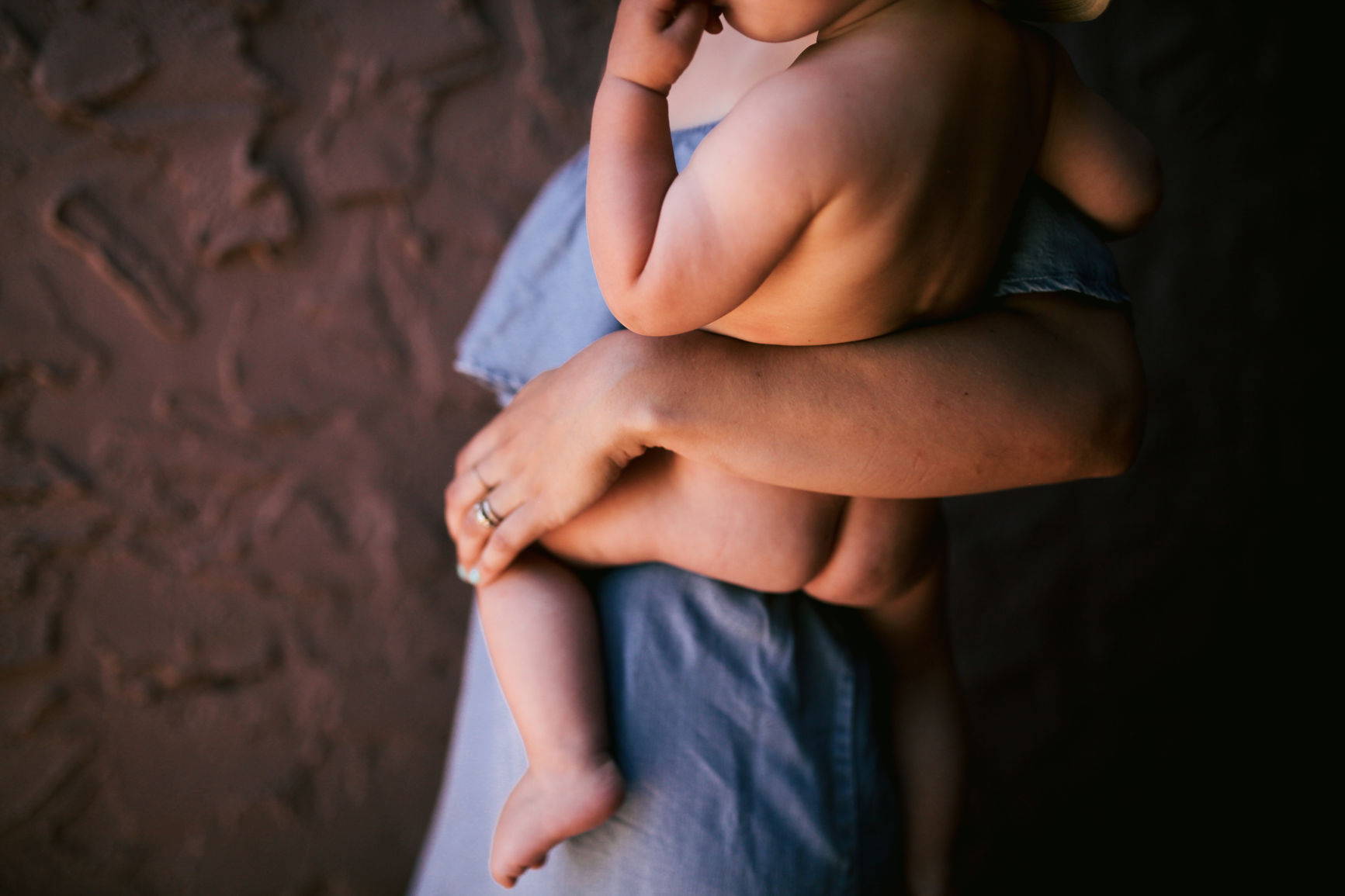 The c-shaped spine and flexed widespread position a newborn assumes when picked up are the anatomical considerations that suggest babies were meant to be carried in arms.

If we go back to the beginnings of our human ancestors, the adaptation of flexed widespread legs on mom’s hip made carrying a whole lot easier, especially with the emergence of bipedalism (when mom moved upright and was walking on two legs) and became less hairy than she used to be (less hair for baby to cling on to).
With nothing to cling onto, mothers needed to start supporting their baby’s backs, holding them in their arms. 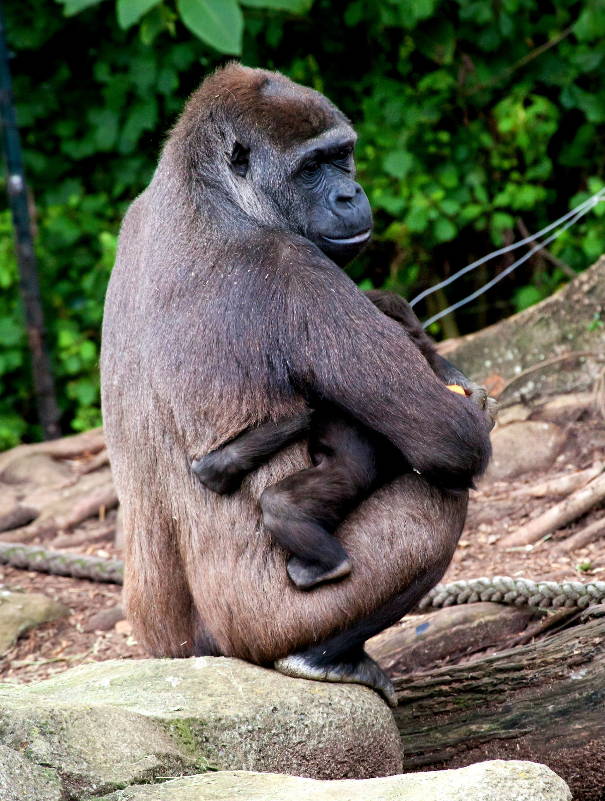 Some of the grand apes carry their young babies like we do on their hips or in their arms with backs supported. Although our babies may not be able to clutch and support their own weight holding onto the hair of their mothers, they do still cling.

They actively press their legs against their mother’s body when she turns unexpectedly or moves abruptly. The baby is in sync with mom’s varied movements and responds appropriately to maintain his position. Little flexed human bodies actively contribute to and are adapted to being carried. 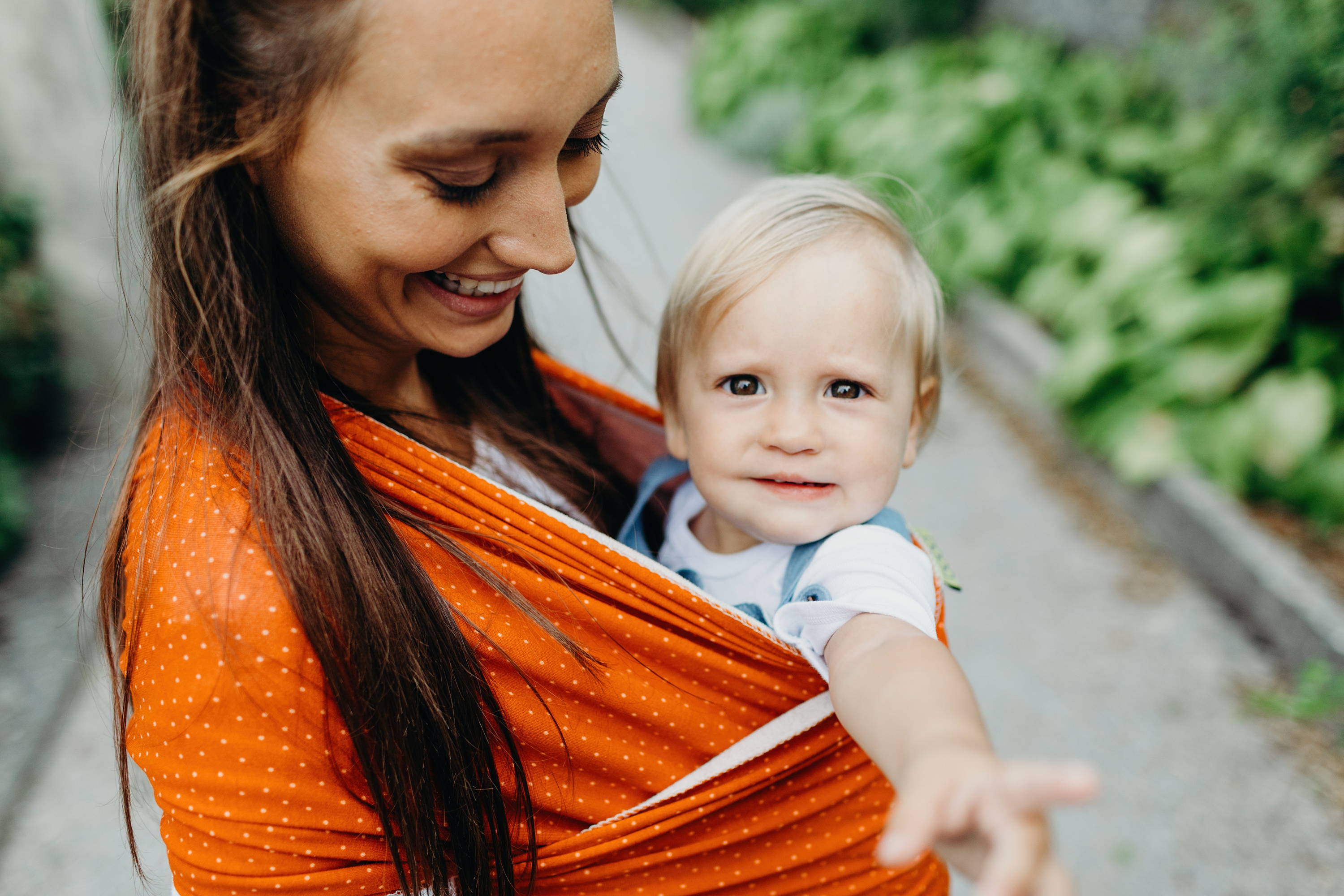 Flexed widespread legs, the c-shaped spine of the infant, and the clinging reflex are all anatomical adaptations that suggest that our babies are meant to be carried.

So don’t leave them in a nest or in a container. Our little ones were meant to be carried. Bring ‘em along for the ride!