Lending a voice of science and research to what mothers already know well is how maternal love and support impact and affect a child's brain size and growth. The size and growth of the brain's structures relate directly to a child's potential for learning, as well as long- and short-term memory and lifelong appropriate stress responses. First published in 2012, this research focuses on the amygdala, an area of the brain connected to emotional memory and reactions, and the hippocampus, which consolidates information from short-term memory to long-term memory, and spatial navigation. The hippocampus is actually one of the first areas of the adult brain that registers the damage of Alzheimer's Disease. 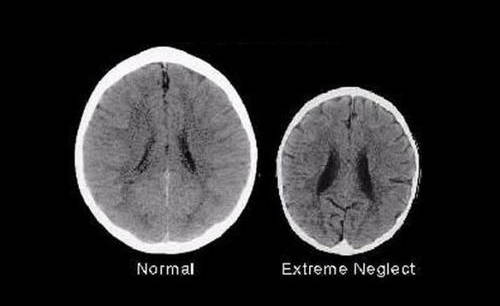 The image above (work of researchers at Washington University School of Medicine in St. Louis) demonstrates how a mother's love and care-giving physically affects the mass and structure of her child's developing hippocampus. In some cases, there was a full 10% difference in the mass of the hippocampus, between nurtured children and extremely neglected children.

A shocking comparison of brain scans from two three-year-old children revealed new evidence of the remarkable impact a mother's love has on a child's brain development. The images reveal that the left brain, which belongs to a nurtured & loved 3-year-old, is significantly larger and contains fewer spots and dark "fuzzy" areas than the right brain, which belongs to that of a 3-year-old who has suffered extreme neglect.
Neurologists say that the images provide more evidence that the way children are treated in their early years is important not only for the child's emotional development, but also in determining the size of their brains. Experts say that the sizeable difference in the two brains is primarily caused by the difference in the way each child was treated by their mothers. While at first glance, the images might indicate that the child with the right brain might have suffered a serious accident or illness, neurologists said that the truth is that the child with the shrunken brain was neglected and/or abused by its mother, and the child with the larger and more fully developed brain was raised in a loving, supportive home and was looked after by its mother, according to The Sunday Telegraph. 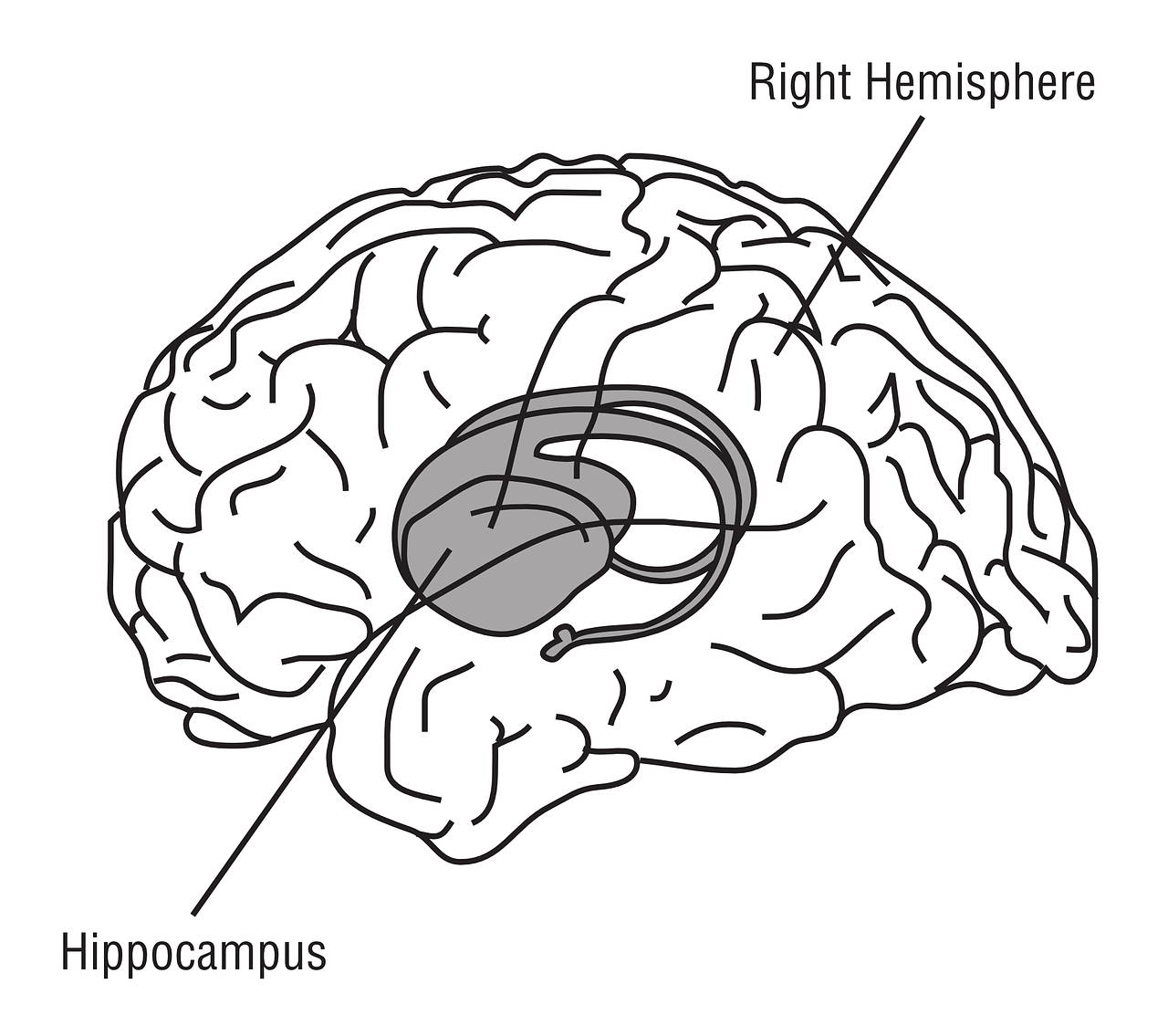 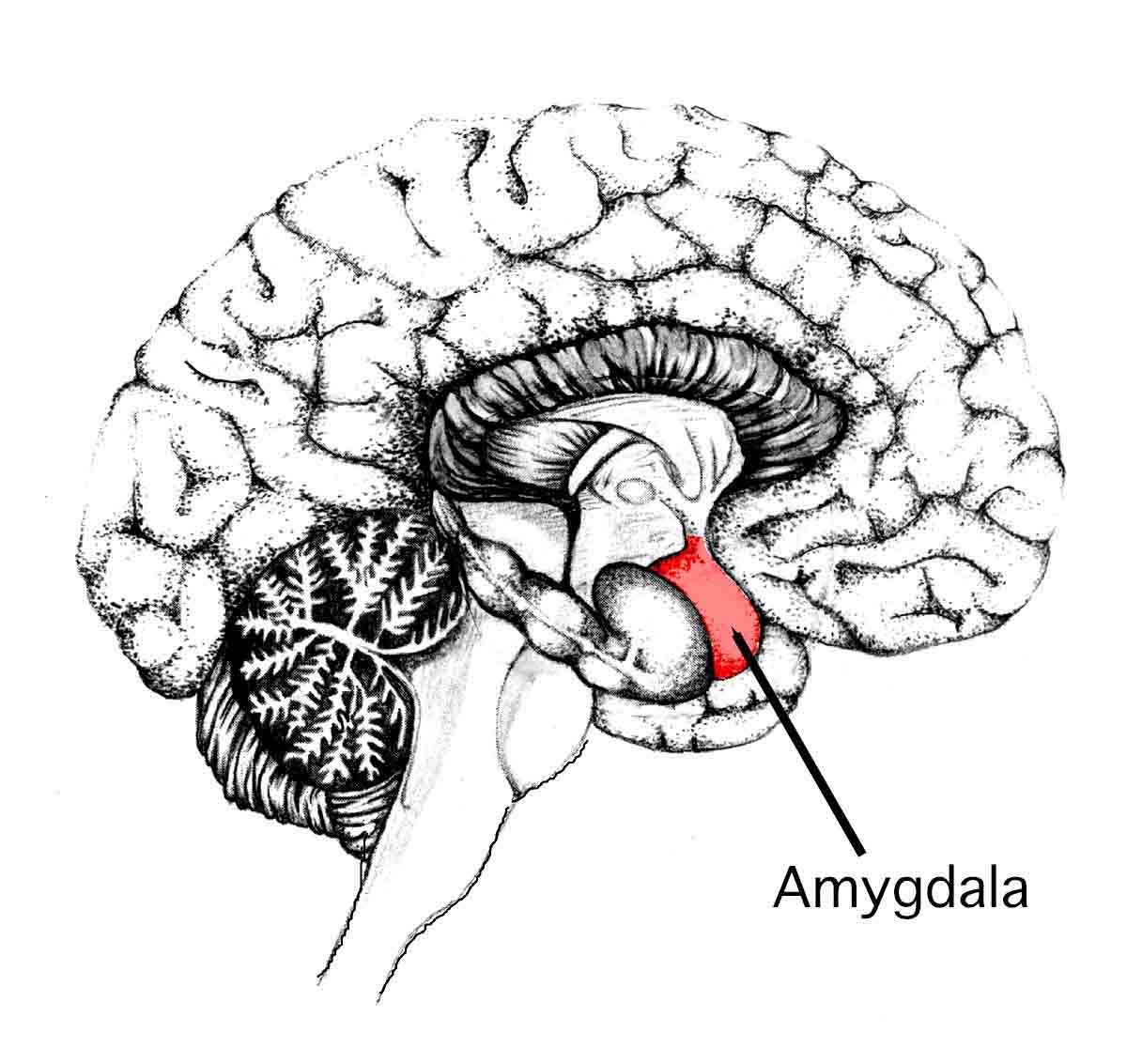 Researchers told the UK newspaper that the image of the brain scan on the right shows that the child lacks some of the most fundamental areas that are present in the image of the brain scan on the left. They say that the child on the left with the larger brain will be more intelligent and will be more likely to develop the social ability to empathize with others compared to the child on the right. On the other hand, the child with the smaller brain on the right will be more likely to become addicted to drugs, be involved in violent crimes, be unemployed and dependent on government benefits in the future. Furthermore, the child with the shrunken brain is significantly more likely to develop mental and other serious health-related problems. Professor Allan Schore from the University of California, Los Angeles (UCLA) said that in the first two years, babies rely on a strong bond with their mothers for healthy brain development. "The development of cerebral circuits depends on it," he said, adding that because 80% of brain cells grow in the first two years of life, problems in that development can affect people for the rest of their lives. 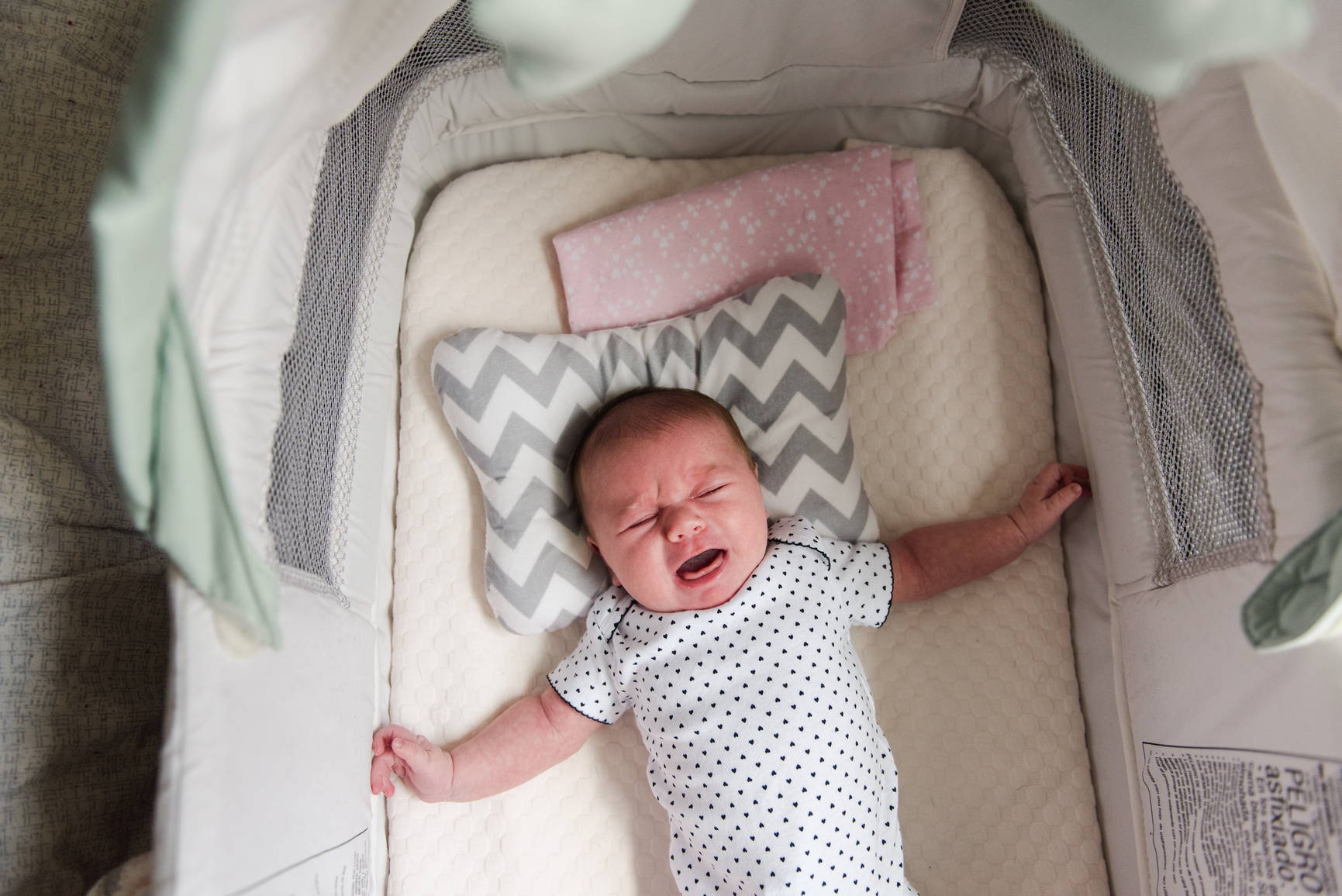 Researchers said that the more severe the mother's neglect, the more pronounced the brain damage can be. The process of childhood neglect is a vicious cycle because the parents of neglected children were also neglected by their parents and do not have fully developed brain. However, past research has shown that the cycle can be broken if there is early intervention and families are supported. The latest study supports research released earlier this year that showed that children brought up by mothers who provide love and affection early in life are smarter and have a greater capacity to learn. Researchers at Washington University School of Medicine in St. Louis, found that children whose mothers nurtured them early in life have a larger hippocampus, a key brain structure that is essential to learning, memory and response to stress, according to a study published in the Proceedings of the National Academy of Sciences Early Edition.

Read more about these findings in the article by Christine Hsu - Chilling Brain Scans Show the Impact of a Mother's Love on a Child's Brain Size.